Thanks for taking the time to stop by and read my posts on here. Hopefully you’ll find something interesting or, failing that, mildly engaging. 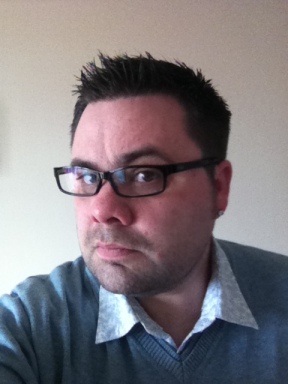 It’s a very clichéd thing to say but I was barely walking and talking when my fascination with cars took hold – I was immediately a car spotter and able to identify real examples on the road from studying the finite details of my Matchbox, Corgi and Majorette die-casts. It was all these little details that still stick in my mind and instantly make all cars different from one another. Those 1970s cars my formative years were spent with still appeal in almost every respect, right down to those Datsun 120Y wheel trims that resembled oversized Mr Kipling apple pie cases.

As I grew up and left the model cars behind, I progressed onto collecting car magazines and sales brochures. I’m told this is the sort of behaviour one grows out of in their mid-teens at the latest, but I’m still adding to the collection. My ‘library’ consists of around 25,000 brochures and a further 10,000 magazines, including a near 40 year run of Autocar and every issue of Car. Additionally, there are over 200 books bowing shelves about the house.

The wealth of information I’d amassed (and absorbed in true anorak style) had to be put to good use to justify the space it takes up, so in the late spring of 2010 I decided to try my hand at making inroads into becoming a motoring writer. Rather than work on the task gradually, I set myself an ambitious target – to have a book published. With no experience or knowledge of what to do, I sent my proposal off to a variety of publishers. To my amazement (still) one of them liked what they saw and an agreement was reached.

My first book, A-Z of Cars 1990-99 – A Complete Guide to Cars Sold in Britain, will be available to buy during 2013. Writing it’s been a fantastic experience and one I really wish I’d pursued years earlier. It has enabled me to meet so many interesting and engaging fellow enthusiasts, as well as established writers.

2012 culminated in being announced by the Guild of Motoring Writers as the inaugural winner of the Breakthrough Blogger Award, confirming their belief that I demonstrate the talent to become a professional automotive journalist.

If you enjoy what you read on here, then feel free to follow me on Twitter, where you can read bite sized chunks of wit and ramblings at your leisure.

Due to the ever-expanding size of my library I am able to lay my hands on a wide range of information that might be useful for your car-related research needs. I’ve already ‘silently’ assisted several established motoring writers in this regard. Furthermore, I’m also looking for opportunities to write for a wider audience, so if you’re responsible for a printed publication or website that you believe my work could complement, then I’d love to hear from you – drop me a line to keithwrjones@gmail.com 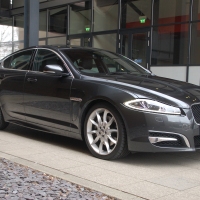