Beautifully curvaceous post-War racing cars, thousands of spectators dressed in the 1948-66 period attire of its heyday and the air richly infused by the scent of high octane petrol and scorched tyre rubber. 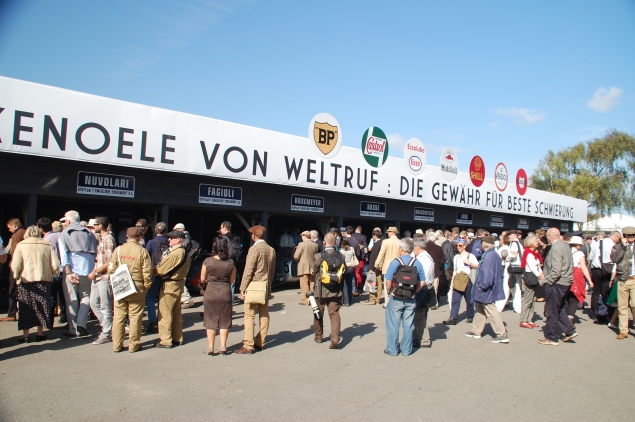 It takes little more than a few moments immersing yourself in the live theatre, where time has been suspended, to understand the attraction of the Goodwood Revival.

The Revival Meeting at Lord March’s motor racing circuit has grown to become one of the must attend events for car and motor sport enthusiasts the world over, bringing an otherwise idyllic and sleepy corner of Sussex to a standstill. But when fellow sufferers of the traffic jams are ensconced within the hallowed surroundings of extraordinary and exotic automotive creations from every decade of car history, the gnashing of teeth and beeping of horns are replaced by ‘aaahs’ as excitedly outstretched fingers point to yet another rarity. 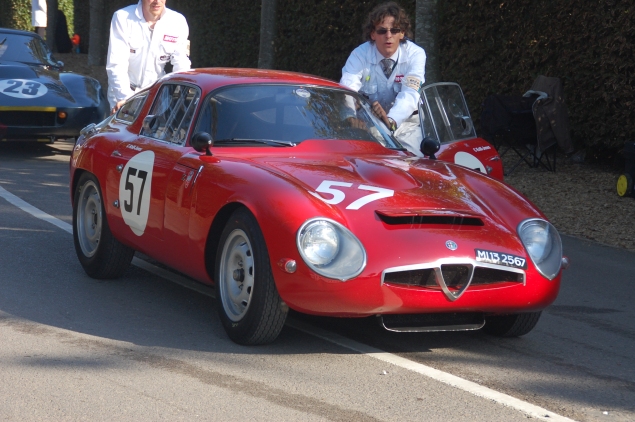 Wandering through the car park and perusing the paddock displays, your eyes are distracted from one car to the next, every other one seemingly being witnessed in the flesh for the first time, rather than gracing the pages of well thumbed literature on automotive history’s greats. Spotting a legendary Ferrari 250 GTO is not the stuff of everyday life for most of us – being in the presence of a whole row of them is tinglingly unusual. 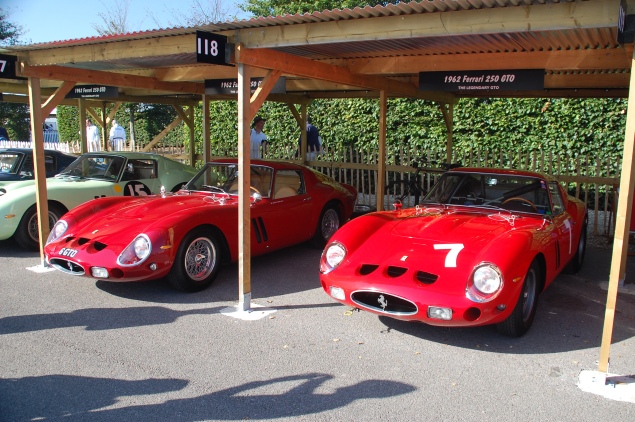 Naturally, to thoroughly enjoy being at the very best of motoring events, being a guest of Rolls-Royce Motor Cars makes all the difference. Not only did this mean privileged, go-anywhere access around the circuit, but also a fine view of the pit straight from a raised pavilion, free flowing champagne and later, a tour of the circuit itself in the back of a Silver Cloud DHC, piloted by Rolls-Royce’s Corporate Communications Manager, Andrew Ball. Andrew was almost unrecognisable by virtue of the dapper moustache he was sporting for the event.

The best at the best: Rolls-Royce at the 2012 Goodwood Revival

Such VIP access comes at a price: you have to rub shoulders with the rich and famous. Whilst chatting to PopBangColour artist Ian Cook (clang) I realised I’d been stood next to Take That’s Howard Donald (clang), whilst over his shoulder was Honda BTCC star Matt Neal nursing an arm in a cast. The paddock area proved to be a fine place to spot those who found notoriety on the track. Sure enough, within seconds both Sir Jackie Stewart and Red Bull’s Adrian Newey (double cer-lang) were moseying about in race overalls. 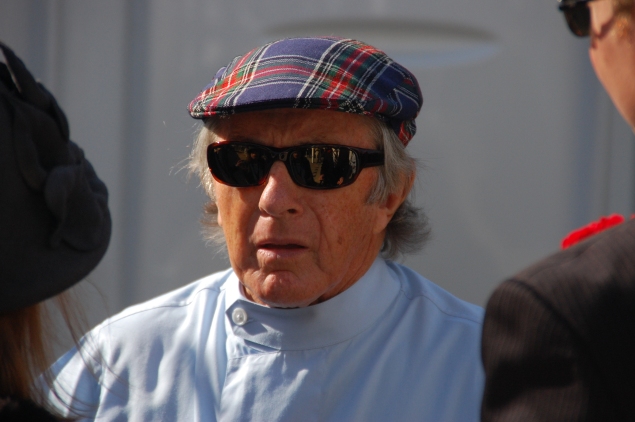 That aside, the Revival’s biggest draw is the sheer spectacle of the event, exciting the senses whilst toying with your mind as distant memories are brought sharply back to the present. The majority of those in attendance dress accordingly: jeans and T shirts are replaced by military garb and country gent tweeds, leggings and Ugg boots for seamed stockings and stilettos. Nature’s calm in the Sussex Downs willingly and regularly broken by the mellifluous revving of V8 racing engines and Supermarine Spitfires darting in the skies above.

Outside of the motoring world companies are attracted to the nostalgic marketing approach of the Revival too, not least the period Tesco store, shelves stocked with products in twee boxes and staff wearing uniforms that would more than likely be the epicentre of industrial unrest in 2012.

Even Tesco was a time warp at the Goodwood Revival

Being chauffeured back to Rolls-Royce’s factory in one of a fleet of over 20 Ghosts and Phantoms provided a a serene environment in which to reflect upon the day’s magnificence. Goodwood’s Revival Meeting is a glorious, open-air time capsule resplendent in its heady mix of colour, glamour and noise. 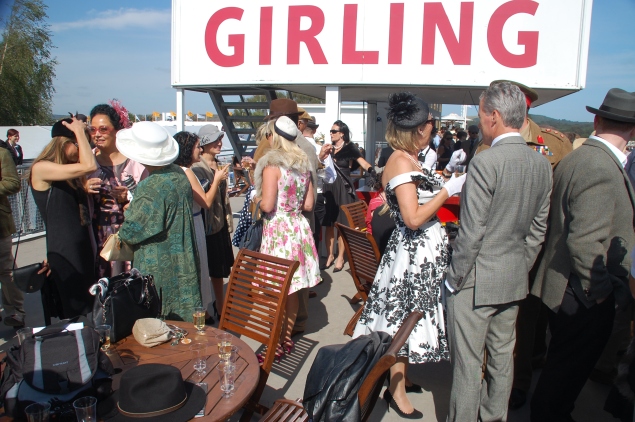 Clear your diary ready for the 2013 event.