Taking to the Yorkshire rough stuff with Suzuki

Yorkshire – home to puddings, rock band Embrace, the Brontës, endless fields of sheep, the inventors of cats eyes and the household mousetrap; oh, and soon to stage the Tour de France 2014 Grand Départ. It’s also home to Yorkshire Outdoors, a 4×4 driving centre where we would be off-roading in Suzuki’s ‘David’, the Jimny. Our morning of off-road shenanigans in Jimnys and 4×4 Swifts was prefixed by a most enjoyable evening in the excellent company of the Suzuki team and other writers. I don’t know if it’s because they down a lot of Carlsberg in secret, but I’m not the only motoring waffler who considers Suzuki’s events to be right up there with the best – and this one was no exception, held at the stunning Crathorne Hall near Yarm. 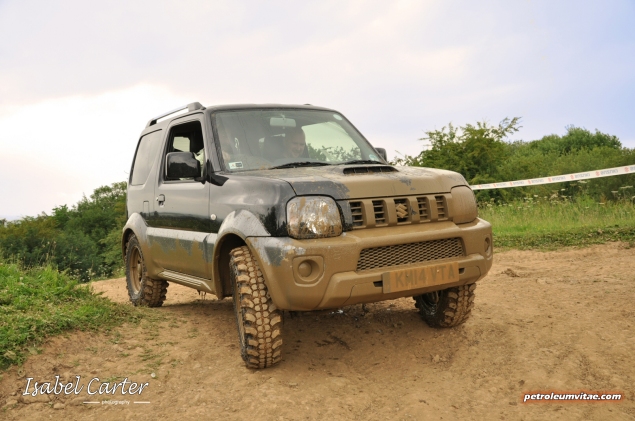 Before dinner, Product Planning Manager Ed Norman gave an as-ever informative presentation, this one split into two parts – how Suzuki is doing and where it is going. For starters, Suzuki, a somewhat unsung manufacturer, is doing rather well. The UK market has grown 12% in the last year, but Suzuki has grown 17%. They’re the 20th largest manufacturer in the UK and are on-target with their 2014 aim of shifting 35,000 units. Although they were hoping for better Swift sales in the B-segment, to scalp sales from the likes of the Fiesta, Polo and Corsa, their Qashqai-rivalling SX4 S-Cross model is selling nicely, in tune with their target of 5,500 units annually. Key growth areas for Suzuki are Motability and Suzuki Contract Hire, which currently account for 10% of the firm’s sales, capably overseen by Andrew Wale their National Corporate Sales Manager. 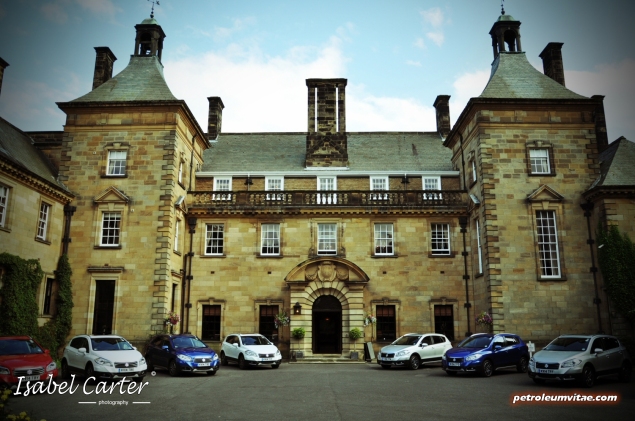 I’ve always had a soft spot for Suzuki and admire their honest, well-rounded, keenly-priced and discretely capable vehicle range. While Ed was giving his presentation, I was mentally gunning for them, and listened with interest as he confirmed that production of the SX4 and Grand Vitara will cease by the end of 2014, leaving a line-up comprised Swift, Jimny and S-Cross. Early 2015 will see the firm’s Thailand-made A-segment Celerio model launched in the UK, having been tried and tested in India where it has sold an impressive 1.5m units, partly owing to the novelty of an automatic gearbox in such a small car. Aside from its gearstick which I was a little rude about in the past, I’ll actually miss the dependable Grand Vitara, but it will be replaced by their strikingly-styled iv-4 compact SUV, which I’m quite excited about.

Between now and the arrival of the Celerio and iv-4, Suzuki’s aims are to expand their fleet growth even further, get their brand to appeal to a wider audience and maintain their ITV sponsorship and other advertising, with an All Star Mr & Mrs tie-in and new Swift TV ads launching soon after the World Cup has finished. After 44 years of making 4×4 vehicles, Suzuki is keeping up with the Joneses and now offers DAB radio and sat nav in the Swift, and recently beat the Qashqai in ‘share of voice’ above-the-line advertising, achieving 43% compared to their Japanese rival’s 24%. Presentation and Q&A over, we enjoyed a lovely meal and drinks (complete with unexpected piano entertainment from Dave Randle!) before hitting the sack ahead of our off-road day at Yorkshire Outdoors. 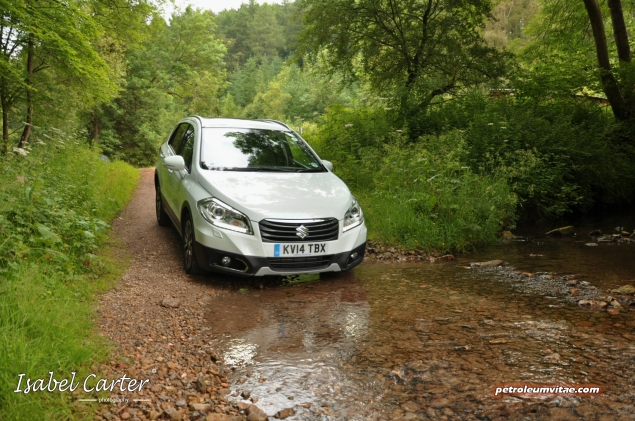 We were handed keys to an S-Cross, given a route map and headed for the first off-road section not far from Helmsley, where our S-Cross convoy snaked down a dirt track and through a stream or two. I attended the S-Cross launch at Fawsley Hall in October so already knew what a cracking crossover package it offers. Our off-road day ‘shuttle’ was a 1.6-litre DDiS diesel manual model with Suzuki’s 4WD ALLGRIP technology. Bearing in mind the competitive price of just under £24,000 for this SZ5 trim car, it’s quite enjoyable to drive, well-built and relatively refined. It impressed me at the launch in October and impressed me again today, when we also had the added bonus of driving it on the two off-road sections of the Helmsley Park Estate. The route markers planted by Suzuki advised us when to put ALLGRIP in auto, sport, snow or lock mode and although the S-Cross wouldn’t get very far on the proper off-road course at Yorkshire Outdoors, it certainly coped nicely with the rough terrain we rather caned it through en route.

Before we got our hands on a Jimny to drive on the full Yorkshire Outdoors course, Sam Sheehan (CarThrottle & Evo Magazine) and I took Suzuki’s Press Officer Jade on several laps of the venue’s softer off-road circuit in a 4×4 Swift. Yes, a Swift. I loved the Swift Sport I had for a week a couple of years ago, which was an absolute hoot to drive. Add modest off-road ability to the mix and you’ve got one hell of a fun little car. The Swift 4×4 has a fully automatic and permanent 4WD system which uses a clever viscous coupling to give extra torque to the back wheels when it senses they need it. It’s only 65kg heavier than the 2WD Swift, sits 25mm higher and is clad with skid plates front and rear. Cool, cool, cool.

Sam and I finally got the opportunity to tackle the off-road course at Yorkshire Outdoors in a Jimny, Suzuki’s stalwart, pint-size 4×4, which is rather the ‘David’ of the off-road world, compared to the Goliath-like Land Rover Defender, Toyota Landcruiser, Range Rover et al. When I had a Jimny for a week last year, I got its appeal but was put off by its limited boot, lack of rear space and ultra-basic interior. But here, shod with proper knobblies (off-road tyres), tackling large rocks, soft, muddy, rutted tracks, steep ascents and descents, water, sharp, tricky bends and the like, it felt totally and utterly at home. Our instructor was discrete and encouraging, today being his first experience in a Jimny. He really liked it, too, and regularly reminded us that as a Jimny is much smaller than a Defender or similar, we needed to straddle the tracks such larger 4x4s had made, not follow them. Any who didn’t quite heed this advice found themselves stuck, including an instructor or two. It certainly made things all the more interesting for Isabel and the other photographers who were chauffeured around in a Defender.

I’ll let the photos do the rest of the talking as far as the off-road course at Yorkshire Outdoors is concerned, but our faithful Jimny even managed to cart five of us back to base, although I wouldn’t recommend one for a long journey. The Jimny really did win me over, rekindling memories of the one we hired in Crete, and reinforcing it as a very capable little off-roader for those who don’t seek bling and don’t have the need to ferry lots of people or clobber around.

Isabel and I take our hats off to Suzuki’s team who did a brilliant job as always, along with their lovable lineup of S-Cross, Swift 4×4 and Jimny. Thanks also to Yorkshire Outdoors – and to Yorkshire itself, for providing beautiful scenery and enough mud to make it a fun day.