The original HR-V from 1999 may indeed have been radical as one of the market’s earliest crossovers, its name standing for ‘Hi-rider Revolutionary Vehicle’, but for me it still conjures up amphibious vehicle images, especially in that garish yellowy colour. Fortunately, like a goofy kid who dropped off the face of the earth after their schooldays to emerge at 30 looking unrecognisably fit, Honda’s HR-V has returned to the compact SUV segment it originally helped create, and the new model looks a damn sight more attractive than the Duck Tours forerunner. 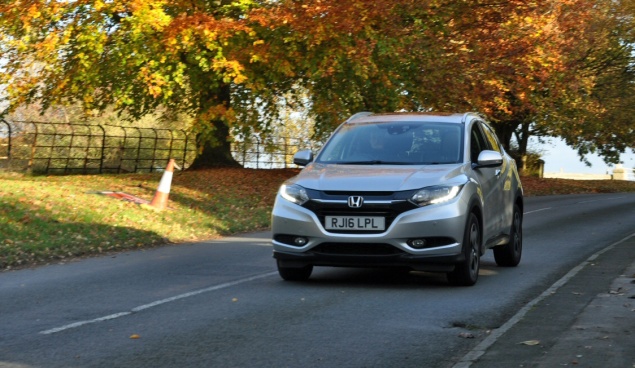 Taking inspiration from the latest CR-V and Jazz models, the 2016 HR-V’s styling admittedly leans more towards unremarkable than unique but it nevertheless appears sophisticated, smart and solid, the rear door handles concealed in the C-pillars and the steeply-raked swage line adding a sprinkling of sportiness. Aiming to blend the attributes of a coupe, SUV and MPV into one car, the new HR-V is built on a modified version of the Jazz supermini’s platform and exudes Honda’s typical position between cheerful mass-market offerings and premium models above.

Crossovers are now ubiquitous and, in terms of size, the resurrected Honda is similar to the Captur. Despite its elevated, planted stance, the new HR-V’s seating position is more akin to a hatchback making it an easy car to slide across into. Honda’s interiors never cease to impress me through their robustness and strong ergonomics, and perceived build quality once again exceeds that of its rivals, the HR-V showcasing a contemporary wide-flow air outlet along with the effective and stylish Touch Panel Climate Control display.

Plumping for SE trim rather than entry-level S is advisable, and upgrading to range-topping EX trim as tested is worth it if funds allow. Storage cubbies are plentiful and the cupholders can be adjusted to suit different sizes of drink. It’s a shame that the seats lack comfort and support, though, and the touchscreen multimedia and sat nav system looks dated and is fiddly to use. With just the right number of buttons and switches, good use of soft-touch materials, plus black gloss trim finishing the cabin off nicely, the new HR-V’s interior is a commendable effort.

Front and rear occupants alike will be impressed by the amount of space provided, which is particularly surprising in the back, aided by the flat floor. It’s worth noting, though, that headroom reduces if the optional sunroof is specified. 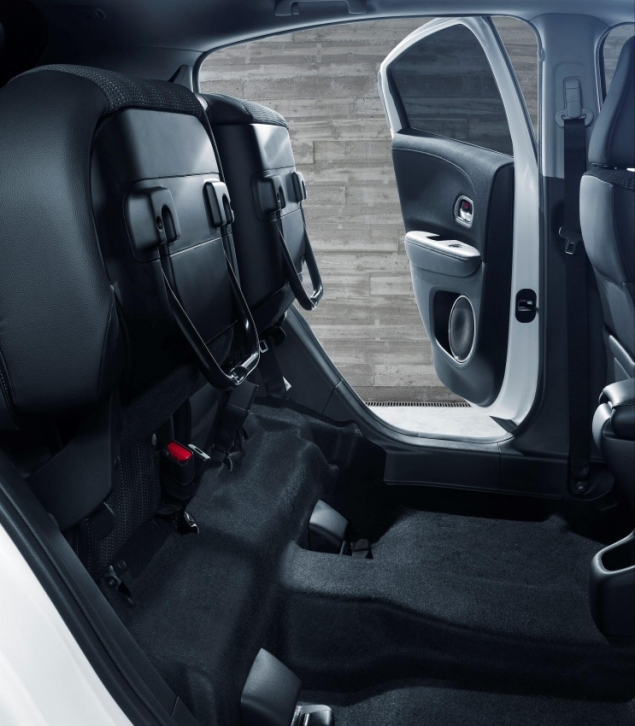 With a 470-litre boot, which is 40 litres larger than the Qashqai’s, the new HR-V upholds Honda values as an impressively practical car. Its capacity expands to 1,533 litres up to the roofline when the rear seats are folded, along with the front passenger seat. This functionality comes courtesy of the clever Magic Seat system, which further amplifies the car’s family practicality. Utility, Tall and Long modes, plus the ability to raise the rear seats’ bottoms in cinema style, mean that all manner of awkward loads can be swallowed by the Honda.  The rear door bins are disappointingly small, though, and the tailgate is heavy to lift up manually, but these tiny foibles hardly tarnish the HR-V’s very well-executed interior.

Despite typically higher fuel economy figures, diesel vehicles have never really been advisable for motorists who cover annual mileages of anything less than 15,000, and Honda’s 1.6-litre i-DTEC engine as tested here costs a couple of grand more than the 1.5-litre petrol unit. Aside from surprisingly sounding more vociferous in the new HR-V than it does in the Civic and CR-V, the diesel engine is a peach, though. It returned 67mpg on the initial 100-mile motorway and A-road journey the test car made, which is agonisingly close to the  70.6mpg ‘on paper’ figure. One week and circa 400 miles later, the trip computer reckoned the car had averaged 59mpg, which is still pretty good, traffic tailbacks blighting over half of the mileage, with the resulting frustration taken out in leaden-footed fashion on country roads, which proved rather enjoyable. 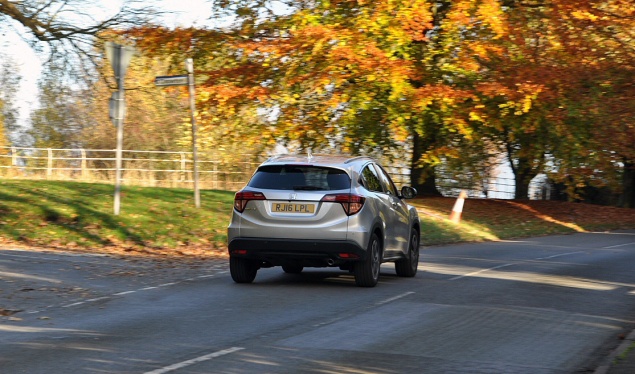 The new HR-V doesn’t place sportiness at the top of its agenda, the occasionally gruff diesel engine producing a modest 120bhp and never feeling particularly punchy, and there’s an artificial feel to the steering. The rest of the story when it comes to handling and performance is rather more positive, though, the chassis and suspension feeling stiff, agile and nimble, sudden changes in direction and exuberant cornering executed with little body roll. The real star, though, is the 6-speed manual gearbox, which is simply delightful in terms of well-judged ratios and also its physical positioning, size and action, making it an absolute pleasure to work up and down. The Honda occasionally thuds over poor surfaces, through potholes and across speed bumps, but generally behaves well in urban areas, and although road and wind noise are sometimes apparent at motorway speeds, the experience from this 5-star-safety-rated crossover is very pleasing overall. 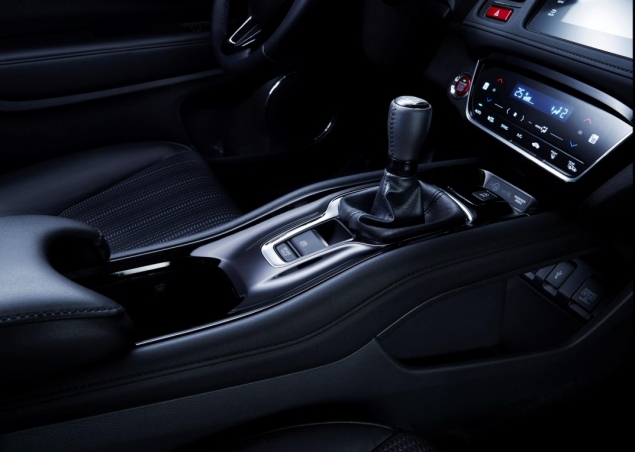 Totting up to £26,580 in range-topping EX trim as tested, the new Honda HR-V is pricier than the slightly smaller Captur or larger Qashqai, but Honda is a brand synonymous with reliability and strong residual values. Aside from a handful of interior foibles and the otherwise brilliant engine not seeming quite as refined as in other Hondas, the new HR-V has an array of appealing qualities, from a solid and classy image and strong perceived build quality, to surprisingly rewarding handling, impressive fuel economy and an addictively engaging gearbox. As PetroleumVitae’s last press car of 2016 before reviews resume in the New Year, the HR-V certainly wasn’t a disappointment to end the year with.