When you think ‘hot hatch’, you think a more exciting version of the standard model, right? Well, Honda has that down to a tee. The Japanese manufacturer has taken the standard Civic and tarted it up. From uprated performance and adaptive dampers that can be tailored at the touch of a button to suit the current driving mood, to its styling additions such as bumpers, widened arches and large rear spoiler not only aid driving performance but give off an air of ‘don’t mess with me’ – it’s the complete package.

Rivalling the likes of the RenaultSport Megane, there are two variants of Civic Type R available – the Type R and the Type R GT. And it’s the GT we’re testing here. The GT adds extra safety kit, including blind spot warning and cross traffic alert to the rear, as well as technology such as wireless phone charging (essential for any millennial), uprated speaker system, LED front fog lights, dual-zone climate control and a Garmin sat-nav. The GT is available for around £2k more than the standard Type R model. 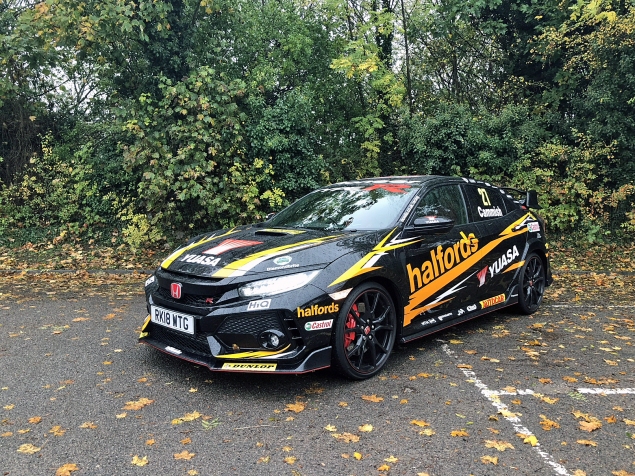 Upon delivery, I just stood on my porch staring at it wondering what the neighbours are going to think. If you’ve read this far, I’m assuming you’ve seen the accompanying pictures so know what I’m talking about. This isn’t just your run-of-the-mill Civic Type R – if you can call it that, even without the decals – this is the British Touring Car Championship (BTCC) replica. As if the styling wasn’t in your face enough?! You either love it or hate it and I bloody love it. I’ve always been into the modified world so anything that looks different to standard, or the norm, is a win-win in my book. Yes, it looks lairy, but it is. The wang (spoiler), the splitters, aggressive bumpers, the wide arches and so on all add to that look that you only really get from Honda. Ford dialled back their Focus RS for its third iteration and I for one am very happy that Honda didn’t follow suit. It’s not all for show, though, with all features aiding in added downforce, keeping the car as low as possible for higher performance and grounding. 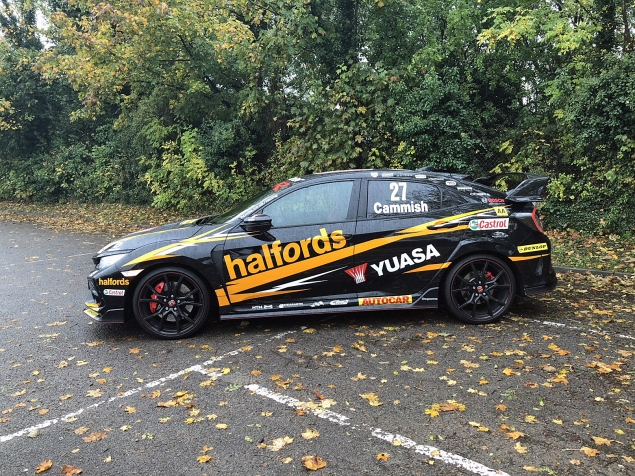 Personally, though, I’m not a fan of the triple exhaust design, but even that has been designed with not just aesthetics in mind; it’s meant to reduce engine noise on the motorway.

Upon getting inside, the first thing to note is how comfortable the bucket racing seats are. I’d be happy with a couple of these in my living room, they’re that comfortable. Yes, there’s still a few cheap plastics hanging around but overall the interior space is much improved on the previous generation Type R. 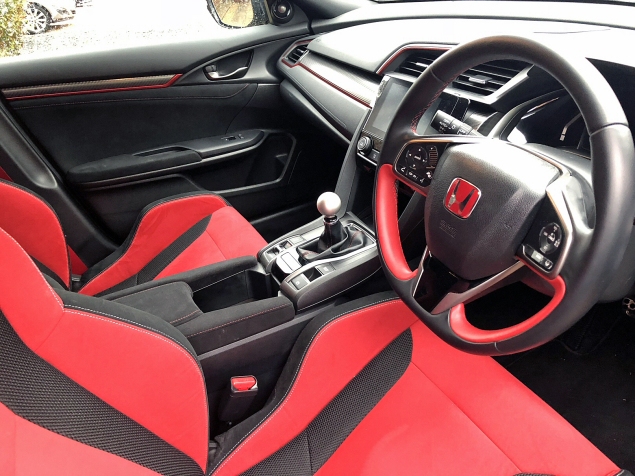 The Honda Connect stereo and infotainment system comes with a Garmin sat-nav and is easy enough to use but still feels a little bit behind rivals. The screen quality, for example, could definitely be better. There’s much in the way of storage, with large door pockets and ample centre console space. Strangely, though, despite there being enough room to carry three people in the back there are only two rear seat belts meaning that the Civic Type R is in fact a four-seater – perhaps not quite as practical as some rivals. This does, however, mean the two passengers you may have in the back seat have plenty of room, including headroom. Boot space sits at 420-litres, with the seats in play, which is respectable for a car of this size. Drop the seats and boot space increases to 1,580-litres. 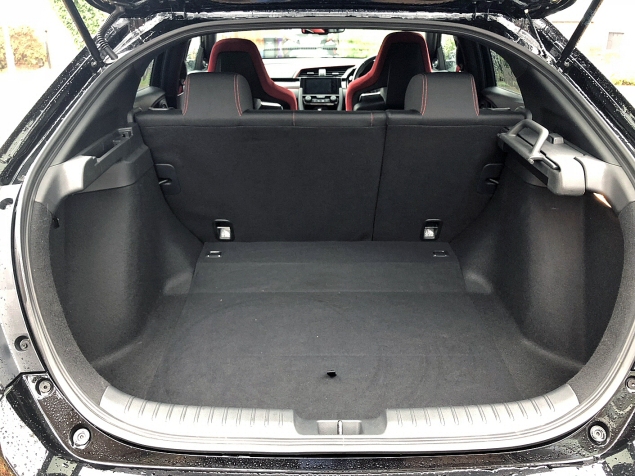 The drive. Now this is the fun bit. The new Type R also comes in slightly longer and wider than the standard Civic model and features a slightly wider track front and rear for enhanced handling.

There is just the one engine option available – the 315bhp 2.0-litre turbo. Which is the same basic engine as before tuned to develop 10bhp more. Also using similar running gear, the front-wheel drive model has been uprated throughout to create sharper handling and despite not being the quickest on the market in terms of 0-62mph – with a time of 5.7 seconds no less – it is a nigh-on whole package. Mated to a six-speed manual gearbox, this is a driver’s car, with no automatic option available. A multi-link rear suspension setup also replaces the previous torsion.

On the road, the short shift gearbox is smooth without the faintest of notching. The throttle is immediately responsive under foot, requiring very little in the way of down changes in everyday use and the brakes are incredible when required. Adaptive dampers and switchable drive modes mean that the Type R can be relatively docile in the likes of Comfort mode – which makes it a versatile option for everyday driving, with Type R mode there at the touch of a button when you want a bit more fun from your journey. The chassis is, of course, sport-biased and therefore has a stiff setup but the suspension does a very good job of soaking up the cervices of our UK roads. Type R mode hardens everything up; the steering becomes heavier – in a good way – and throttle response is sharpened still. The limited-slip front differential also aids in grip when cornering. The BTCC livery now feels very apt, indeed. There’s also a new (optional, meaning you can turn it off) auto-rev function, which blips the throttle when changing down. The aforementioned wider track also aids in more precise handling. 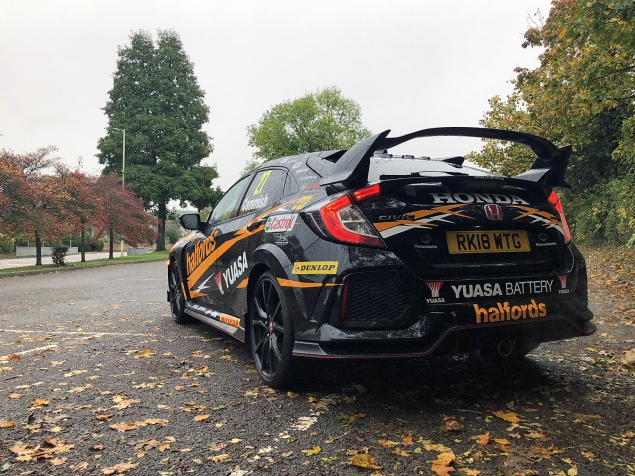 As it’s turbocharged and not naturally aspirated like some of the earlier Type Rs, there is the faintest of turbo lag but nothing major and barely noticeable. 295lb ft. of torque is available from 2,500rpm and its top speed sits at 169mph.

In terms of running costs, Honda claims a respectable 36.7mpg combined from the Type R Civic and, despite Honda tuning the engine to work with 95 RON unleaded fuel, the manufacturer recommends going for 98 RON for best performance. It comes with a three-year/90,000 mile warranty and an extended warranty is available at an additional cost.

The on the road price for our Honda Civic Type R GT 2.0-litre VTEC turbo manual is £33,525. Type R prices come in at around £4,500 more than the RenaultSport Megane.

On the whole, the Type R Civic really is the all-round package when it comes to a hot hatchback. Ignore the top speed – you’d never be allowed to reach that on our roads – and focus on the impressive handling characteristics. Granted, the styling isn’t to everyone’s taste but it does match what it’s offering underneath. It’s fun to look at and it’s fun to open up on any country road.