It might not necessarily look like a game-changing car but the Chevrolet Volt and its twin, the Vauxhall Ampera, could herald a new wave of uptake for hybrid vehicle sales. 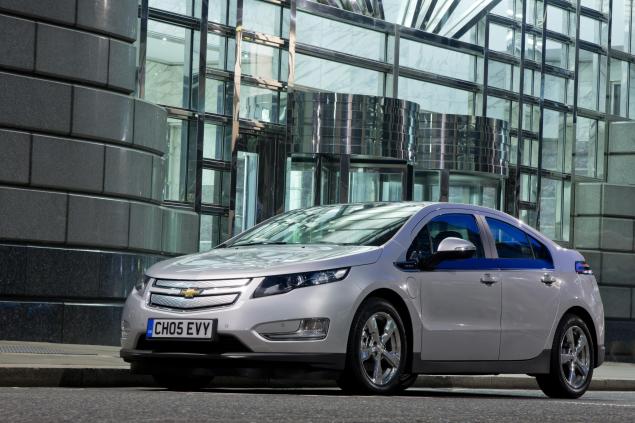 Chevrolet Volt. Engine under the bonnet powers a generator rather than drives the wheels.

‘But we can already buy hybrids!’ you exclaim. That you can but whereas all the other hybrids you can buy are parallel hybrids, the Volt is a series hybrid. Confused? As Jennifer Aniston used to say ‘here comes the science bit’:

Popular hybrids such as Toyota’s Prius, are the parallel variety, with power being delivered to the driven wheels from both the combustion engine and electric motor.

The Volt’s series hybrid powertrain works differently: the combustion engine has no direct link to the wheels and instead powers an electricity generator to supplement the reserves in the batteries. In addition, the batteries can be recharged via a mains lead like a conventional purely electric vehicle.

The advantage of this system? Far superior fuel consumption is the biggest draw. Chevrolet’s claimed average of an extraordinary 235.4mpg on the combined cycle grabs attention as the price of petrol continues its relentless climb.

The Volt’s styling is essentially conventional with a selection of trick details to make it look a little showy. The familiar Chevy grille has its infills glistening with brightwork rather than black plastic and the lower portion of the tailgate has a glossy black panel replicating the effect of the extended, secondary glazing of the original Volt concept.

Angular flanks are more distinctive, the shallowness of the window line being eased gently by chamfered out window sill, again trimmed with a gloss black appliqué.

Essentially, clues to the Volt’s hybrid powertrain are rather limited: the lightning flash on the badge work is a little too subtle but the presence of a second filler cap, on the nearside front wing, is more of a giveaway. Except it’s not a filler cap in the conventional sense; flipping the lid reveals the car’s socket for connecting the charging lead.

A full charge from a domestic mains connection takes about four hours and gives the Chevrolet a range of about 50 miles, or about half of what Renault claims is available in its forthcoming Fluence EV. But that’s where the 1.4-litre petrol engine allows the Volt to play its trump card; the on board power station extends the range to a claimed 300 miles.

Again, less potential distance on a tank than parallel hybrids but it’ll cost you significantly less at the pumps in doing so.

Driving in EV mode, the Volt is whisper quiet at low speeds, rising in pitch to manic milk float as the velocity increases. When the petrol engine comes into play the transition is barely perceptible beyond the hushed tones of a four stroke cycle providing background accompaniment.

The Chevrolet’s interior is so white and glossy, maybe iVolt would have been a more appropriate name

The Volt feels utterly conventional on the road, with handling setup for compliancy rather than sporting intent; roll is minimal through corners and the front end hangs on well before provocation pushes the front wheels away from their traction parameters and into the realms of understeer.

Inside, the Volt feels less ordinary, with more than a hint of Apple coolness, with all the shiny white plastic swathing the interior. Touch sensitive buttons, a pair of bright LCD screens (including the one with the priority information right in front of the driver) and an automatic gear lever looking like something borrowed from an aircraft add to the sense of occasion. It all feels well constructed and rugged too.

Despite its regular saloon car looks, the Volt’s tailgate reveals a big hatch, aiding practicality but it’s worth noting that the Chevy is strictly a four-seater with a centre console stretching front to back. Both rear chairs are wide and comfortable but this arrangement negates its flexibility as a family car for many, this at a time when Toyota’s on the cusp of launching the seven-seater Prius+. 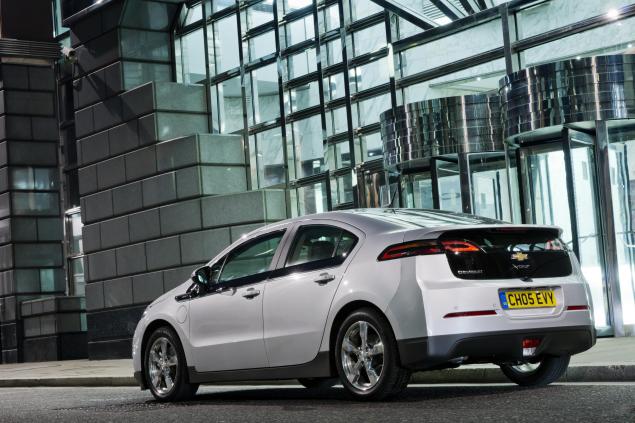 Chevrolet’s Volt is an intriguing, fuel efficient and rather cool addition to the market place, offering further diversity and choice to those particularly interested in alternative powertrains.

In many respects, being utterly conventional to operate will win it fans as will the fact that it can be driven relatively cleanly in environmental terms without having range anxiety issues.

The Volt’s biggest stumbling block in gaining market acceptance, other than the four-seater cabin? Its £29,995 on the road price after the government’s clean car discount has been deducted. The Volt’s not cheap but it’s over £2000 less than the least expensive Ampera.

The price of being first is often a high one.