Envy. An insatiable desire to crave something that you don’t have and to wish to deprive someone who does possess the object of that craving. 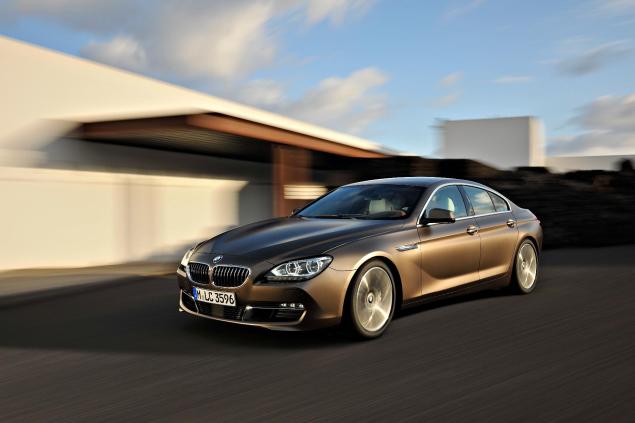 Appropriate, perhaps, that envy is the sixth of the Seven Deadly Sins at a time when BMW launches the latest version of its 6 Series. A car that is steeped in covetability like few others from Bavaria in recent years: the new Gran Coupé.

For a marque usually at the forefront of filling automotive niches we never knew needed filling (witness the X6), BMW is rather late to the four-door coupé party. Unlike Audi and Mercedes-Benz, with the A7 Sportback and CLS-Class respectively, they’ve opted to create a variation of an existing model, rather than create a separate line.

Fortunately, the 6 Series two-door coupé is a fine starting point.

The transformation from the two-door hardtop 6 Series into the Gran Coupé wasn’t simply a case of adding a pair of bijou rear doors. The whole of the rear bodywork is unique to the four-door, including a more pronounced boot opening benefitting practicality, if not necessarily looks. Viewed from the rear three quarters, that low-level cargo hold is the Gran Coupé’s least successful angle.

There’s an 11cm stretch to the wheelbase too, making the rear seats more usable; a central seatbelt and increased legroom ensure that the latest 6 Series is practical enough to be a sensible, if expensive, family saloon, although it’s far from the last word in cabin capaciousness.

Overall, the Gran Coupé’s styling is dramatic and alluring, so much so that customers will undoubtedly be tempted away from its rivals showrooms before they’ve signed on the order form’s dotted line.

BMW’s less convenient issue will be that it could also tempt buyers away from upscale 5 Series variants, who want something a little less common, as well as wooing potential 7 Series drivers desiring a more purposeful and lithe experience than the current luxo-barge at the top of the BMW tree.

If anything, the 6 Series Gran Coupé looks more like an evolution of the much-loved E38 range than the current 7 Series does. It has elegance and grace in place of the 7’s imposing bulk. 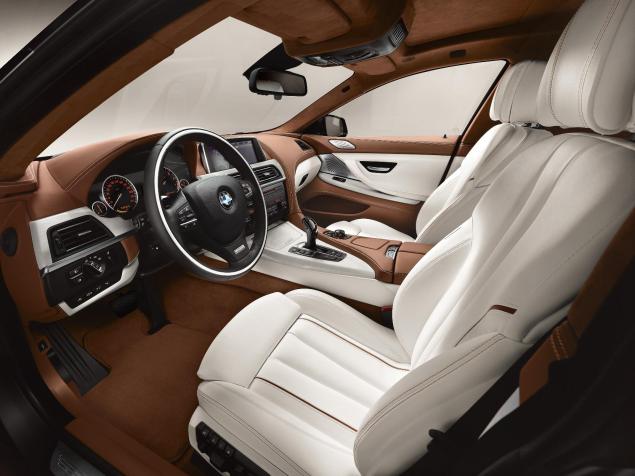 Luxurious but snug. The 6 Series Gran Coupé will seat five in reasonable comfort

Inside, the plush Gran Coupé plays the close-coupled leather-lined high speed snug beautifully. The selection of fine materials, impeccable build quality, driver focused cockpit and more technology than a branch of Currys, ensure that you feel special and justified in making such a lavish purchase.

While the luxury is important, BMW has the reputation it does because of the way it engineers its cars to drive; this latest 6 Series continues in this vein.

There’s a wonderful, almost surreal experience awaiting you as you pilot the Gran Coupé around challenging and demanding B-roads. Grip and agility remain strong however you attempt to throw the 6 into bends, the rear end allowing a playful degree of slip angle when provoked, even with the electronic gubbins doing the damndest to prevent you from doing so.

Your hands grasp the chunkily rimmed wheel and sense a wealth of information about the road surfaces the steered wheels are adhering too, without any unseemly kickback or unnecessary vibrations.

Yet the ride quality remains unsullied, tuned to soak up imperfections both large and small. This 6 Series can devour all manner of cross country routes with imperious ease.

The transition from sports coupé to sports saloon has been a successful one.

This particular 6 Series’ most impressive feature is that turbocharged 3.0-litre diesel under the bonnet; sleight of badge at play here as the boot lid says 640d, BMW suggesting the power is comparable to that of a regular diesel of a 4.0-litre capacity.

Imagine all those negative connotations about diesel engines and consign them to the dustbin of compression ignition stereotypes.

Short of filling it up with the black hosed pump, there’s little to give it away as a diesel. Cold start clatter is almost imperceptible from within the cabin; depress the throttle into that expensive carpet and you’re rewarded with a throaty and potent burble, a promise that the 640d Gran Coupé delivers with a slew of low down torque facilitating rapid acceleration.

Yet, in spite of that mile eating gluttony, the little ‘d’ badge guarantees economy figures that won’t frighten off all but the hyper-rich. BMW claims a combined average of an extraordinary 50.4mpg. Even if that equated to a figure in the lower 40s in the real world, for a car of such pace and prestige, it remains an attractive combination.

Although it is a four-door coupé, you’d be forgiven for considering the 6 Series Gran Coupé as an utterly engaging sports saloon in the best traditions of the BMW marque.

Here’s a large BMW four-door that you’ll not only respect but also desire, something the majority have not been able to comfortably say for some time.

If the 640d is anything to go by, the forthcoming M6 Gran Coupé has got winner written all over it before it’s even been revealed.