Very few things in the motoring world will send journos into such a state as the Geneva International Motor Show. It’s like catnip for car hacks and I for one have been following social media minute by minute to see what everyone is being wowed by. There is always a raft of new launches, lots of stunning classics on the stands to highlight the longevity and strength of each marquee, plus a few oddities and possible design gaffes to be seen. Of course, a number of cars fail to excite anyone except the press teams involved, and we could just as easily wait until they arrive in dealerships, glitzy stands seeming rather unnecessary. This year largely seems to have been about sports cars and I’ve managed to whittle them down into my five personal hot picks! 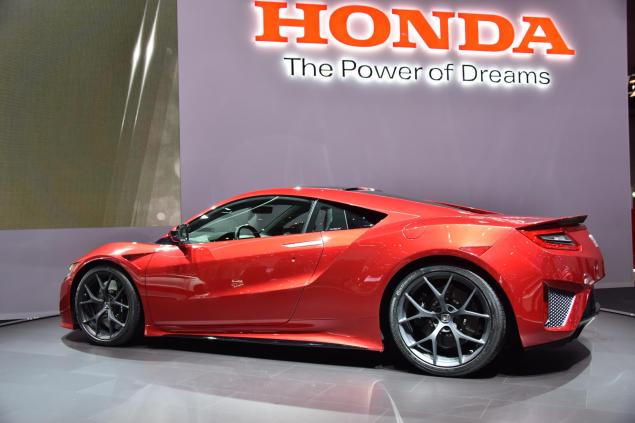 Many people in the motoring world have been waiting for a new NSX for a long time. The first incarnation was a super car, make no bones about it. Just because it had an H on the front certainly didn’t mean it couldn’t cut it with the big boys and as the years have gone on, it’s certainly become known as a serious car. So, 25 years on and the new NSX still has a V6 and still looks amazing, but the rest of the story is very different indeed. A four-wheel drive hybrid with a couple of turbos, rumours are that it will run around 550bhp. As you would expect, our Japanese friends have added some rather interesting technology in there, too. There is one electric motor placed somewhere between the gearbox and engine to help with “synapse-fast” gear changes. It also has one on each front wheel which can be applied separately by the ECU to allow the car to maximise all that lovely electric torque. The aim according to Honda is to offer Ferrari 458 excitement for Porsche 911 prices. It remains to be seen if they have done it, but if not, it is still a stunning-looking car and one a lot of people will be waiting for. You can bet your bottom Dollar you won’t need the warranty as much as you would with a 458, and hopefully it won’t catch fire.

Speaking of the mighty Ferrari 458, the chaps behind the prancing horse brought a rather nice little gift for the world along to Geneva this year, too – the 488 GTB. The 458 was somewhat of a game-changer for Ferrari, who were not exactly doing badly but hadn’t quite created the magic of earlier classics in the years running up the 458’s launch; but when it landed everyone took a step back and made a wistful, longing sigh. It was stunning and it was also savage. The 488 seems to offer the same again, but magnified. There are no two ways about it, the car is actually better looking than the 458, it’s faster, it has more power and no doubt it will cost more. In my opinion that’s all you really need to know about it, but if you want more details, it has its very own Twitter hashtag, #wordsarenotenough, which I think says it all.

Yes, Richard Hammond was right, it sounds like a football score, and it is a silly name. That aside this is a very interesting car. For a start, it’s rather small and light for a Bentley and it seems to be a first for them to try and infiltrate this corner of the supercar market. Normally Bentley turn up at the fast car party with something akin to a Sherman tank powered by a couple of Saturn V solid fuel rockets, and that’s just fine – it’s what we like and expect. The EXP 10 looks as though it is about to change things a little. The snag with motor shows is that often the cars that grab the headlines don’t end up on the road in quite the same guise, and this is a slight concern about the Bentley. There are some stunning touches in the design, like the scissor doors, the “6” in the mesh grill and lots more. Engines and running gear are to be confirmed, but as it stands, the EXP 10-Speed 6 is a beautiful concept car with exceptionally stunning styling and interior touches that might just become a reality – and a very pretty one at that.

The Focus RS might not be a supercar but it is highly likely to be a super car. Those two letters have long since allowed the Ford Focus to pop on a Lycra outfit with pants on the outside and become a superhero compared to its day-to-day persona and I for one welcome the latest dose of heroism. The big difference this time is the addition of an all-wheel drive system, with a smattering of torque vectoring added for good measure, too. It was rumoured that Ford was going to push on with the 2WD option they went for in the first two versions of the RS, but thankfully they saw sense. I don’t care how good the diff is, putting any more than about 200bhp through the front wheels is silly. The new Focus RS will be equipped with some very impressive gadgetry that is too complex to explain here but suffice to say it will handle like nothing else and offer adjustable options for oversteer in track situations. In terms of engine it is likely to carry the same 2.4-litre turbocharged engine used in the Mustang and should be pushing 340bhp, which will make it the most powerful Focus RS yet. 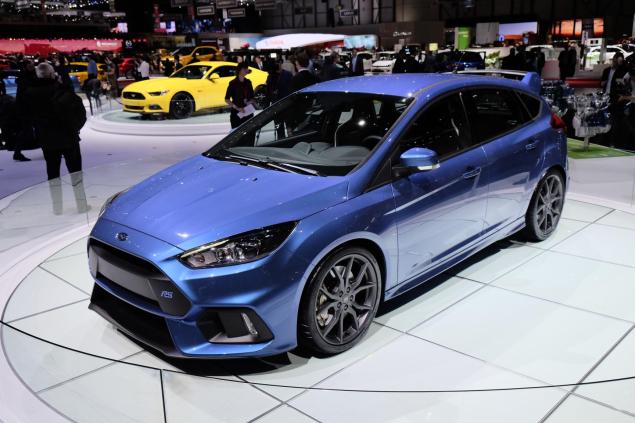 Simply for the name alone, this car deserves a look in. If you don’t know why Vulcan is an amazing name, tap it into Google. Apart from an inspired name the Vulcan offers a few more rather delightful concepts to whet your appetite but it is worth considering the negatives first. Sadly this is a seriously insane hypercar, of which they are not going to build many. For track use only, you won’t see one on the road and it will cost nearly £2m. However, if we ignore all that we can sit back and marvel that Aston has made what is claimed to be the most powerful naturally-aspirated engine in production, offering up a stunning 800bhp. I think this 7-litre V12 is going to offer hours of YouTube fodder when it comes out. With a list of exotic and very light materials, the body is essentially made of up fairy dust as far as normal cars are concerned. The Vulcan is a beast, and it looks like one too. Well done, Aston. 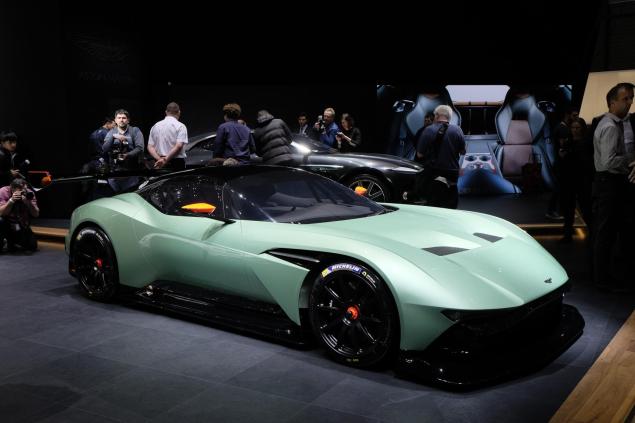 Naturally, hundreds of other, more humble cars have appeared at the Geneva Motor Show this year, like the Vauxhall Viva. Initially, this car seemed of interest to me on paper, simply because it was a relaunch of an older model and might have been fun. It turns out the Viva is likely to be quite dull and any interest can be held back until it crawls out onto our roads at some point in the future. Equally there have been many other more exciting cars on the various stands, like the Koenigsegg Regera with a claimed 1800bhp. Goodyear has also been showing off new tyres that actually generate electricity through the flex and friction that occurs during driving.

As always, the Geneva International Motor Show 2015 has been a gallery of the amazing, the dull, the mad and the frankly genius. It officially finishes in a few days’ time and I’m looking forward to seeing what actually arrives on our roads and tracks, and how they shape up to the claims and big-wheeled concept visuals on display.