Except for anyone who has, say, been living in a cave atop a far-off mountain range for quite a few years, it’s abundantly clear that crossovers and SUVs represent the very pinnacle of automotive aspiration for swathes of car buyers and leasers nowadays. Audi produces phenomenally beautiful cars across the board but, save for the R8, they tend to lean towards subtlety rather than screaming to grab people’s attention and provide a way for their custodians to express themselves. For young drivers in particular, driving a new Audi feels, for most, like something they’d only be able to make a reality when they hit middle age, mainly for financial reasons. 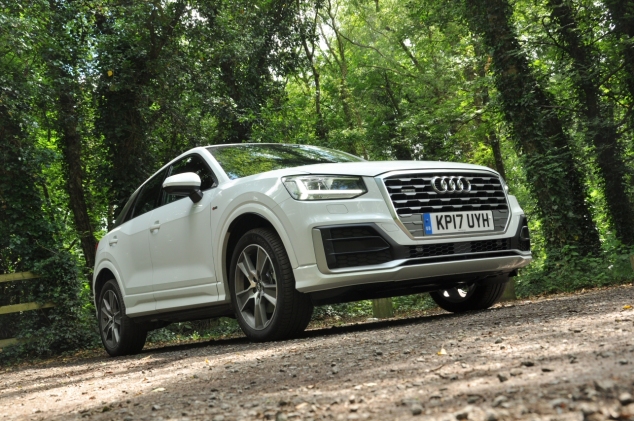 Q2, the latest and smallest Audi SUV on the block, aims to reach out to younger drivers with its more affordable price tag and greater emphasis on being funky and fashionable. The gaping octagonal grille looks fantastic and gives the Q2 immediate road presence as part of a design collection that also includes large, accentuated air inlets, contrasting bumpers, side skirts and wheel arch trim, some amazingly vivid colours to choose from, and four C-blade shades to individualise one’s Q2 even further.

The oversized rear light clusters and fairly boxy new design language at the back work well, and its rugged, jacked-up styling appeals to the heart, definitely giving the Q2 more impact than the somewhat dumpy and plain Q3. The UK having just had an election, Audi’s attempt at injecting youthful boldness into its latest crossover doesn’t go quite as far as Jeremy Corbyn turning up at the next PMQs in skinny jeans and a bomber jacket, showing off his latest tats and piercings, but it’s a really positive step forward for the brand and hints at exciting things for future Audis. 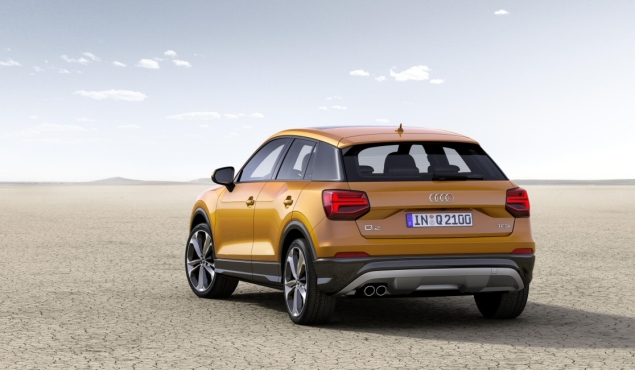 It can’t be denied that Audi constantly faces stiff competition from the obvious likes of BMW and Mercedes, but its interiors always manage to remain just that little bit more special. True, the Q2’s interior is more serious and mature than many French cars’, little of the Audi’s exterior’s newfound youthfulness really having been carried through to the inside, but it still appears beautiful and stokes up that “I’ve made it” feeling. 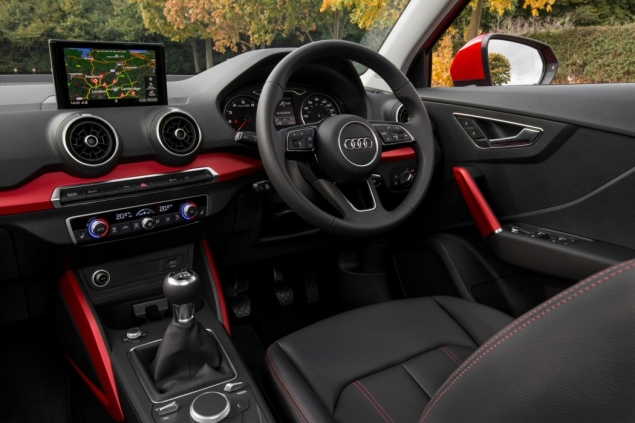 From the sporty flat-bottom steering wheel and sports seats with grey contrast stitching, to the MMI infotainment controls, clever Touch pad you can scribble on with your finger, and the fantastic Bang & Olufsen sound system, only real fusspots would find any gripes aboard the Q2. Anyone taller than around 5ft7 will find legroom in the back to be poor, even though the car’s built on the same platform as the A3 – but headroom is impressive and boot space at 405 litres is pretty good, beating many compact SUVs of a similar size. On that note, the Q2 doesn’t feel much higher up than a hatchback from the inside, though, so think of it more like a funkier A3 with kitten heels rather than stilettos. By ticking most boxes on the options list, it really does feel like a shrunken Q7 in terms of kit, with equally impeccable build quality. 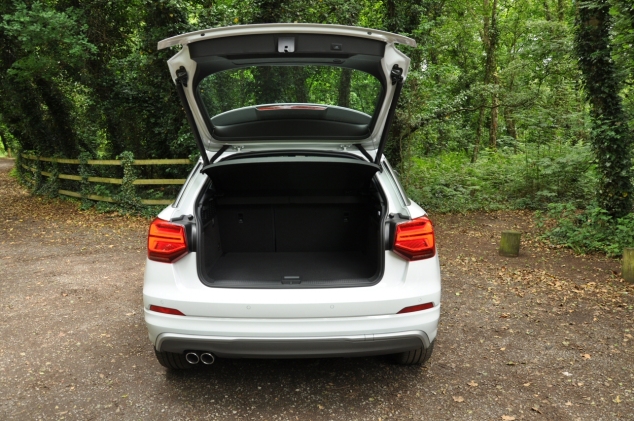 To drive, things get off to a good start with excellent visibility courtesy of an expansive windscreen, modest pillars and a decent view out of the back, unsurprisingly augmented with parking sensors. The turning circle is relatively compact, too, making the Q2 a great car for urban environments and tight spaces in general. More Q2 buyers and leasers are likely to plump for a manual gearbox but the S tronic transmission performs smoothly and works well on the whole in partnership with the 131g/km 2.0 TDI diesel engine, which curiously isn’t as hushed as expected from an Audi, perhaps because of having only covered a thousand miles so far. Adaptive suspension with damping control, as fitted to the test car, provides a ride that is generally very smooth and does a good job on the UK’s often poor roads, although the 18” alloys tend to crash and thud over drain covers and the like. 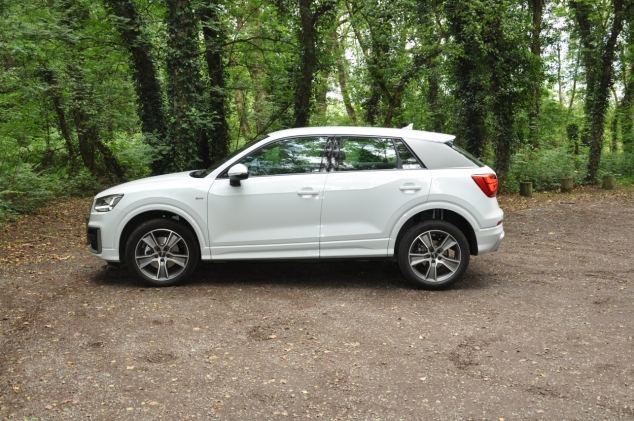 Steering feedback isn’t as engaging as in BMW’s smaller SUVs, or indeed a SEAT Ateca, but the Q2 does corner very confidently indeed with barely any noticeable body roll, which certainly ups the fun factor and makes it feel chuckable. Driving round a hairpin bend with a tray of soup on one’s lap would be a good test. With a comfortable driving position, dimensions well suited to the city and narrow country lanes, and average fuel economy that lingers in the low-50s even after driving the Q2 2.0 TDI hard, it’s a very likeable car overall.

With the test model’s price tag topping off at £38,055, affordability for the Q2’s twentysomethings and thirties target markets is debatable. Citing its pricing as relatively attainable is a bit like saying the heel of Italy is relatively closer to the UK than Dubai. Yes, it is, but it’s still a bloomin’ long way away. Tangentially, with increasing numbers of UK drivers cottoning on to the benefits of personal leasing and business contract hire, the more economical and non-quattro Q2 1.6 TDI represents good value at around £250 per month on PCH. 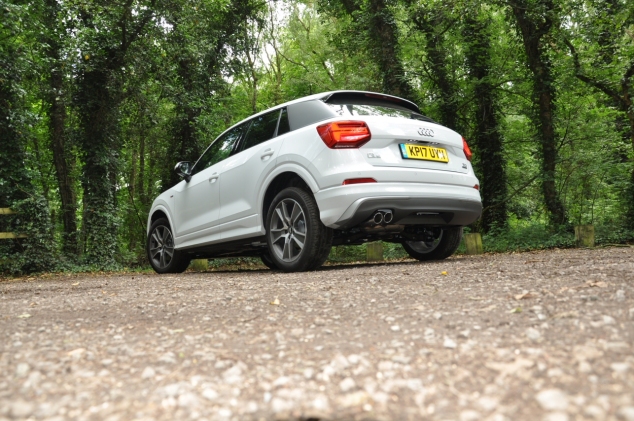 There’s a lot to like about the Audi Q2, from its healthy dose of boot space and superb interior to the large range of funky colour combinations on offer and those muscular, youthful looks. Not there just to make up the even numbers in Audi’s nomenclature, it definitely deserves its place in the firm’s crossover SUV lineup.